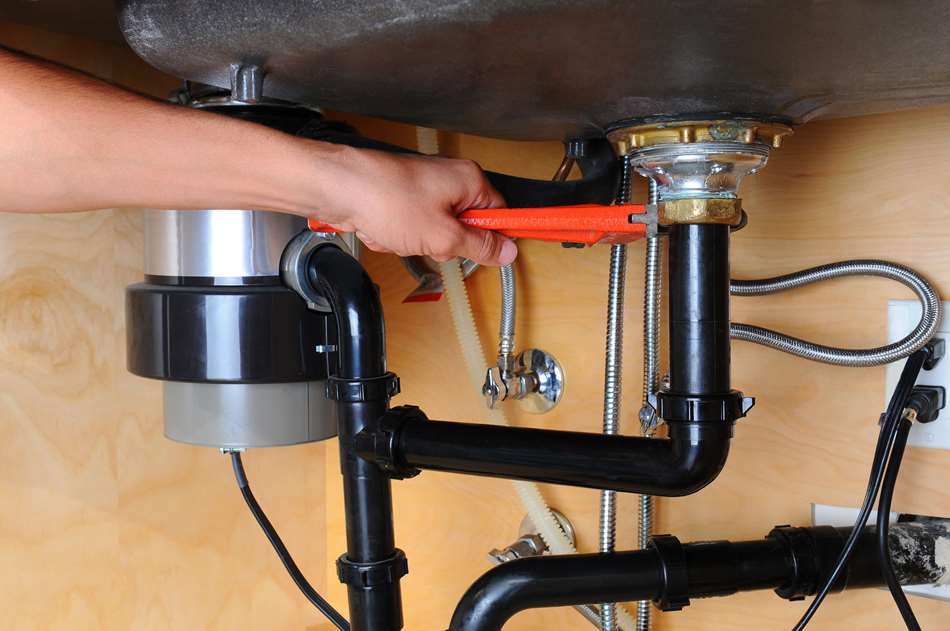 Because a clogged disposal is more than an inconvenience!

A broken garbage disposal isn’t an isolated problem. Sure, you could throw the same food into your garbage can, but that’s not the point. Usually the disposal clogs, backing up both your sink and your dish washer until neither one of them work. And, let’s face it, the noises a broken disposal makes are downright frightening. Gurgling, grinding, growling, and humming.

Sooner or later the broken disposal will cause problems throughout your plumbing system. It’s important to get help as quickly as possible.

The Care and Proper Feeding of Garbage Disposals

99% of the time a garbage disposal jams because people dump items down the disposal which do not belong there. This includes:

You also need to watch out for things that get into the disposal by accident. The biggest culprit is broken glass. Someone breaks a drinking glass while doing the dishes and doesn’t notice that some of the pieces have slipped into the disposal. It doesn’t take a very large piece of glass to get stuck in the blades. Working them back out again can be a little bit difficult and a little bit dangerous—wear rubber gloves.

Bottle caps, small measuring spoons and smaller pieces of silverware also like to fall down the garbage disposal. It’s best to do a quick visual inspection of the disposal before running it.

Finally, you need to make sure the blades are sharp enough to do their jobs. Every 2-3 months you should run ice down your disposal to sharpen the blades once more. Adding a little lemon juice to your ice will make the disposal smell nice and fresh.

Of course, sometimes the disposal breaks despite our very best efforts, and at that point we need to step things up a notch.

Believe it or not a DIY garbage disposal repair is totally possible…if the disposal can be repaired.

First, ask yourself how old the disposal is. If it’s less than 5 years old, you might be able to fix it on your own. Usually this is just a matter of cutting the power to the disposal at the breaker box, reaching inside, and carefully removing whatever is blocking the blades.

You might also have to use an Allen wrench to twist the blades at the bottom. Usually at that point you can restore power, run the water, and flip the switch to listen to it work like new.

We’re happy to help with that if you don’t feel confident doing the work, but we’re not going to tell you it’s some big, deep mysterious process you can’t possibly do yourself. However, we’ll also tell you that there’s a bit of a trick to it, and some of our customers have had more success in simply calling us to get the job done for them. Most people only mess with their garbage disposal every now and then…we do garbage disposals all day long, all week long, all over Tucson. It can be quicker and easier to work with someone who gets these things working again as a matter of routine.

When to Replace the Disposal

However, if your disposal is older than 5 years old it probably needs to be replaced. This is also true if you have already repaired the disposal once but continue to have problems in the future. Ditto if it’s leaking. Once a disposal goes, it goes, and there’s not much more that can be done about it.

At that point the disposal needs to be replaced, and it’s best to get help from someone who can get it done the first time.

We can generally do this for you for less than $300, a price which includes the price of the disposal.  This assumes everything about your garbage disposal job is fairly typical…some homes have been known to surprise us. We usually recommend a high-quality disposal brand so you can get the greatest amount of potential use out of the system.

Some of our customers have asked if they can just do without a garbage disposal. Yes, it is possible, but it will mean doing a slight reconfiguration of your plumbing system. If that’s what you want to do just let us know.

Either way, we’ll get your system up and running in no time.

Have a plumbing problem?  We are here to help!!